Cornelius Kilroy, known affectionately to the brothers as “Tony”, was born on July 5, 1934 in St. Joseph, Missouri, the son of Martin Joseph Kilroy and Catherine Elizabeth Marrin.  He was the youngest of seven children.  His siblings were: Elizabeth Jane, William James, Mary Ann, Katherine Cecilia, Helen Martina, and Martin Joseph.

His early education was at Catholic schools in St. Joseph, Missouri and Duluth, Minnesota and then at St. John’s University in Collegeville, Minnesota.  He was received into the Dominican Order, St. Albert the Great Province, at St. Peter Martyr Priory in Winona, Minnesota on August 30, 1954.  He received the religious name of Antoninus.  He studied for the priesthood at the Dominican House of Studies in River Forest and at St. Rose Priory in Dubuque, Iowa where he was ordained to the priesthood on June 3, 1961.

Tony’s first assignment in 1962 was to St. Dominic Parish, New Orleans, Louisiana.  From New Orleans he moved to Holy Rosary Priory in Minneapolis, Minnesota.  It was there that he discovered his true gifts were in itinerant preaching, giving retreats, praying for healing in the charismatic tradition, counseling and spiritual direction.

Tony teamed up with Fr. Joseph Bidwill, O.P., and Sr. Dorothy Mrock, O.S.F. to form a Mendicant Preaching Team.  Their preaching took them to parishes in Michigan, Florida, North Dakota, Virginia, Minnesota, Ohio and Nebraska.  The team emphasized the “good” in Good News with preaching that was upbeat, affirming and challenging.  It was based heavily on Scripture and emphasized God’s love, God’s call, discipleship, healing, community and the gifts of the Spirit.  Tony was famous for saying to every person he met without fail, “Do you know how wonderful you are?”  He always affirmed everyone, giving clear testimony that he practiced what he preached.

In his ‘70s, Tony started to have hip and knee issues requiring surgery.  His range of activities decreased but his enthusiasm for preaching and spiritual direction never wavered.  Eventually, he needed more care than was possible at St. Albert the Great Priory.  He moved to River Valley East Catholic Elder Care in Minneapolis where he died peacefully at the age of 86 on June 17, 2020.  He will be buried in the Dominican plot at St. Mary Cemetery, Minneapolis at a time to be determined.

One of Tony’s favorite quotes was by Etienne de Grellet, “I shall pass through this life but once.  Any good, therefore, that I can do or any kindness I can show to any fellow creature, let me do it now.  Let me not defer or neglect it, for I shall not pass this way again.” 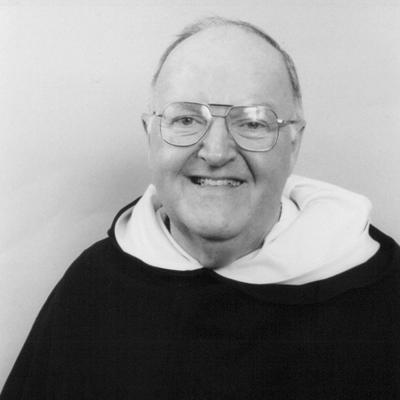