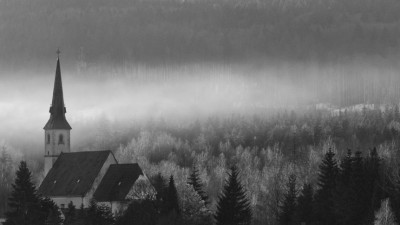 Responding to the need of people seeking a deeper relationship with God, the province sponsors various opportunities beyond our educational, campus, and parochial centers. The Shrine of St. Jude offers prayer and novenas for those in need of sustaining hope in the midst of difficult situations. The Dominican Ecclesial Institute and the Shem Center offer lectures and workshops for those seeking to deepen their Catholic faith, as well as interreligious gatherings for those trying to break down walls that divide us. These diverse ministries are all united by a commitment to help people grow into a deep, vibrant, adult faith that can enliven and support them in the modern world—just as St. Dominic met people where they were, inviting them to something better.

The Shrine of St. Jude Thaddeus

The Shrine of St. Jude Thaddeus