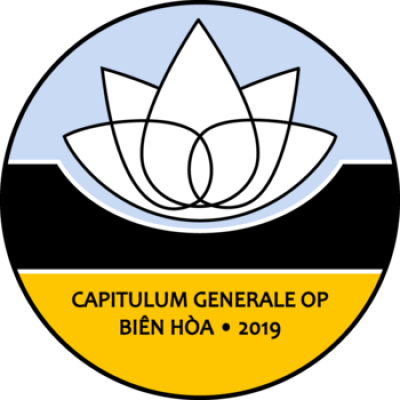 The following paragraphs are from the Acts of the Order's latest General Chapter, held in Bien-Hoa, Vietnam, July 9–August 4, 2019.

118. [DECLARATION] We condemn with the greatest possible force all types of sexual abuse, especially the sexual abuse of children and minors, which have happened in the Church. We are aware of the immense damage and trauma caused to the victims and their families. We acknowledge that this has caused scandal in society in general and a crisis of trust in the Church and among Catholics. We also acknowledge the damage and trauma caused to the communities of those brothers who have been accused or are convicted of abuse.

119. [ORDINATION] We ordain that priors provincial
ensure that the brothers and employees and volunteers who collaborate with the brothers in stable works proper to the Order are educated in the types of abuse, the importance of promoting safe practice, minimising risks of abuse and responding immediately and appropriately to reports of concern. (ACG Bologna 348.1) Furthermore, brothers and those employees and volunteers should attend seminars and workshops on the different areas of abuse. Superiors should ensure that all brothers have access to these resources.

120. [ORDlNATION] We ordain that priors provincial and their councils ensure that their province has clear and detailed policies and procedures that properly address questions of ensuring safe environments, pastoral care, and responding to concerns and allegations of abuse, as well as clear communication strategies both internal and external. Taking into account the norms of canon and civil law, as well as safeguarding norms of the ecclesiastical territory(s) in which the province is located. These policies and procedures are to be reviewed regularly, renewed before the next general chapter, and implemented. When they are updated, one copy is to be sent to the Master of the Order. (ACG Bologna 348.2&3, & Relatio MO n.82-83).

121. [EXHORTATION] We exhort priors provincials or their safeguarding representative to help victims of abuse, where possible, receive the professional help needed for them to cope with and be healed of the trauma they have undergone. We also exhort priors provincial to accompany brothers accused of or convicted of abuse in the pursuit of justice, acceptance of the truth and rehabilitation, bearing in mind CIC 1395§2 and CIC 696.

122. [COMMENDATION] In many of our provinces, we benefit from the expertise of an advisory board on safeguarding matters, whether proper to the Order or in collaboration with the local church. Where such a board is not yet in place, we recommend that provinces establish such a structure, which might consist of members of the Order (e.g. friars, sisters, laity), professionals (e.g. psychologists, social workers, lawyers and law enforcement experts), parents of children, and a survivor of abuse.

Sexual Assaults in the Order

291. [DECLARATION] We condemn in the strongest terms sexual advances, harassment or assaults by brothers on fellow brothers, especially younger brothers. This often causes lasting wounds and for many a breakdown of their trust in the Order. This is deepened if superiors do not deal with the incident appropriately. Particularly sensitive are cases where, for example, there is a difference in power in a context of formation or where the perpetrator is a personal friend of the superior.

292. [COMMENDATION] In religious contexts the network of relationships in which such events occur can make it difficult for victims to make contact with those in charge. We encourage priors provincial and their councils to nominate a person of trust suitable for such incidents and to make his name known to the friars. If it is difficult to approach anyone at the provincial level, brothers remain free to report their concerns to the Master of the Order.

The incident must always be treated with appropriate discretion and sensitivity taking into account local civil and ecclesiastical law.

295. [ADMONITION] In cases where it appears that there may have been a sexual assault or other canonical delict (CIC 1389 §§ 1 & 2 and CIC 1395 §§ 1 & 2), we recall that the prior provincial, personally or through a delegate, is to conduct a careful investigation in accordance with CIC 1717. He is to take care not to damage the good name of the brothers. The right to present a defence is to be guaranteed. If the case warrants it, precautionary measures may be adopted during the investigation (CIC 1722). At the conclusion of the investigation the prior provincial is to determine how to proceed in accordance with CIC 1718 § 1 and CIC 695.

296. [COMMENDATION] We also acknowledge the trauma experienced by brothers who have been falsely accused. We recommend to the prior provincial that when an accusation against a brother is found to be false or cannot be substantiated they receive adequate pastoral accompaniment, psychological assistance and a public restitution of honour, both inside and, if necessary, outside the Order.

At that time, Jesus said: "Take care that you do not despise one of these little ones, for, I say to you, their angels in heaven see without ceasing the face of my Father who is in heaven" (Mt 18, 10).

Lord, in the heart of the Church, people have been victims of abuse of conscience and of sexual aggression. Their trust has been betrayed, their bodies wounded, their personal unity broken and their childhood has, at times, been stolen from them. Lord, we ask you and we ask them for forgiveness for all the times when we have not protected them.

Lord, we beg you to send your Holy Spirit, the Spirit of consolation, power, and peace upon every victim, so that each one may be able to find the strength to live and to rediscover you as a loving Father. We ask you this also so that each of us, by the grace of the Holy Spirit may have the courage to be a living witness of your love for the most vulnerable and that together, recognizing the errors of the past, we will always take the path of truth and reparation.

If you or someone you know has been abused by a Dominican friar, please contact one of our Victim Assistance Coordinators, Fr. Donald Goergen, OP or Dr. Michael Bland. Their contact information is given below.