Monday, March 14 is the 50th anniversary of the death of John Leonard Curran (1901-1972), the chaplain of our province who survived the Bataan Death March and four years as a POW in Japanese prison camps.  He wrote a memoir of this ordeal which was never published.  We found it in our provincial archives and we share it now with you.

May he rest in peace. 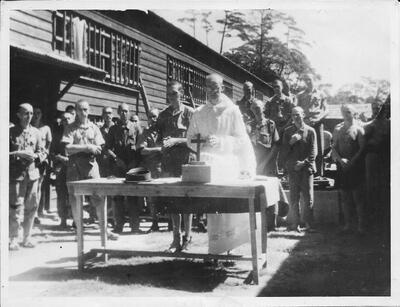