Father John Louis Gambro, O.P. died peacefully on Sunday, September 19, 2021, at Resurrection Village Life Center, Chicago, Illinois after a long illness. He was 91 years old. John was the first of two sons of the late John Louis Gambro, Sr. and Mary Frances, née Curry.  His brother is Francis James Gambro (Joan). He has three nephews: John (Beth) and Timothy (Stephanie) and the late Fran (Joyce), and many great nieces and nephews.

John was born in Chicago September 29, 1929. He received his early education at St. Thomas Aquinas Church in Chicago’s Austin neighborhood and at St. Mel High School before going to Loras College in Dubuque, Iowa for most of his undergraduate degree.

At the age of 20, John entered the Dominican Order and was given the religious name of Mannes.  He completed bachelor’s and master’s degrees at the Dominican House of Studies in River Forest, Illinois and received another master’s degree in 1963 at Loyola University, this one in Classical Languages. Father John was ordained to the priesthood on May 25, 1957, by Archbishop Edward F. Hoban of Cleveland.

Having completed his priestly formation and professional education, Fr. John embarked on a 45-year ministry as a high school Latin teacher at Fenwick High School, Oak Park from 1957 to 1963 and again from 1978 to 2002; and at Bishop Lynch High School, Dallas, Texas from 1963 to 1978. He retired in the Chicagoland area living at St. Thomas Aquinas Priory, River Forest and St. Pius V Priory, Chicago before moving finally to Resurrection Village Life Center.

Father John was an accomplished teacher and well-respected by his students. Besides his dedication to secondary education, John loved to travel and to do genealogy.  He was a member of the Vergilian Society, the Classical Association of the South, Classical Teachers of Texas, and the Chicago Genealogical Society.

The Mass of the Resurrection will be on Thursday, September 23, beginning at 10:00 AM (preceded by the Office of the Dead) at St. Vincent Ferrer Church, 1530 Jackson Avenue, River Forest, IL. Internment is in All Saints Cemetery, Des Plaines, Il.  In lieu of flowers, donations can be made to the Dominican Society for Vocational Support, 1910 S. Ashland Ave., Chicago, Il 60608. 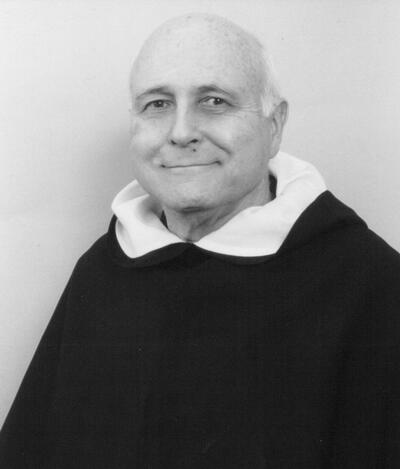