We, citizens of Ukraine of various ethnic identities and citizens of other countries, who live in Ukraine, united in valuing freedom and peace, declare our solidarity and support for Ukraine and condemn the new attempts of the external aggressor to disrupt peace.

Ukraine is a peaceful home for us all. A peaceful home where we have been enjoying happy family life and warm-hearted friendships, productive work and creative projects, art, science, business, civic activism and public service.

Since renewing its independence in 1991, Ukraine has been a place with unique opportunities to create, to voice disagreement, and to start a new initiative.

Ukraine has never attacked another country and has always respected the principal provisions of the international law, including internationally recognized state borders. 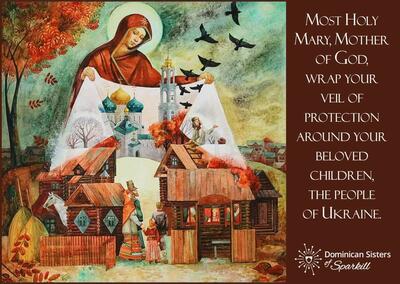 Aspiring to support and to strengthen peace in the world, Ukraine has taken unprecedented steps in the first years of its independence: Ukraine voluntarily disposed its nuclear weapons, then the world’s third-largest nuclear arsenal, in exchange for guarantees of its independence, territorial integrity and inviolability of its borders provided in the Budapest Memorandum in 1994. The Memorandum was guaranteed by five powerful countries, who are permanent members of the UN Security Council: the Russian Federation, the United States of America, the United Kingdom, France and China. However, in 2014, in blatant violation of the Budapest Memorandum, the Russian Federation committed an unprecedented act of aggression in the 21st century Europe against Ukraine.

As consequence, the occupied Autonomous Republic of Crimea, the city of Sevastopol and part of Ukraine’s east are temporarily no longer the space of freedom and hope that we used to know. However, we shall not lose our hope as we continue to join efforts to protect peace, freedom, territorial integrity and independence of Ukraine.

We urge the world to support Ukraine in all possible ways to defend sovereignty and territorial integrity, peace and security.