One of the great political fights in medieval Christendom affected St. Thomas Aquinas’ own studies as a youngster. A fortuitous military conflict between Emperor Frederick II and Pope Gregory IX spilling into the abbey of Monte Cassino, where Aquinas was doing his elementary studies, led his parents to send him to the center of studies then recently established at Naples. It was in Naples, at age 19, that Aquinas ran into the Dominican friars and the rest of that is history. Nevertheless, the conflict between Frederick and Gregory – a fight over the authority of the Church over the State, where Gregory was ordering Frederick to engage in a crusade under his duties to the Church, but where Frederick was unwilling and so was excommunicated repeatedly, drawing into question the duties of his subjects to an excommunicated leader – illustrated a classical political debate in Christian history that involved the relation between the common good and jurisdiction of the State and that of the Church, since here the rights of the Church came into conflict with those of the State.

One of Aquinas’ great achievements was to differentiate the natural, the realm associated with our natural capacities and what they could discover by natural reason, from the supernatural, what we know as a result of revelation and live as a result of grace. His maxim, gratia non tollit naturam, sed perficit,[1] stands as a theological claim that the natural is perfected by the supernatural, not destroyed. Without these foundations, Aquinas proposes, one cannot understand what grace is or does. For many after him, Aquinas’ understanding of the harmony between grace and nature enunciated the foundations of moral and political life in a way that helped resolve those questions of Church-State relations.

At the core of Aquinas’ approach was a notion of the ‘common good’ of society. We act together in political life for reasons that benefit everyone. Considering these facts about the common good, which are objective facts, Thomas understood political decision-making in the same way as he understands moral decision-making: a matter of discovering the truth. For politics, this is a matter of discovering the truth in matters of political or legal justice, but both ethics and politics are grounded in practical reasoning, deliberating on reasons for action that arise from objective facts about the nature of human beings and their communities.

From Thomas’ perspective, any political society, whether the State or the Church, is ordered to a common good – that good which is shared by all the members. In sum, Aquinas calls the goal of ideal political life ‘peace’.[2] ‘Peace’ is cross-categorical, because it is both the natural goal of society as well as a fruit of the Holy Spirit, a supernatural gift. This is not an equivocation, however, since peace in both cases is a special kind of harmony that results from order. The common good for both kinds of society, natural and supernatural, thus share important features.

Peace goes beyond mere absence of conflict and is envisioned by Aquinas as a ‘moral unity’ of all citizens in unified pursuit of the same goals. Peace is then an objectively good state of relationships in society, as it is a state of being properly ordered (as an individual or group) toward what is truly good. Thus, when appropriate relationships are achieved, peace is the natural result, so that peace is “the tranquility of order,” a definition Aquinas gets from Augustine (De Civ. Dei xix, 13). Yet this definition makes clear, indirectly, that the kind of peace that the State can achieve is radically deficient. Rules and justice can only go so far. Perfect peace requires, beyond just relations between citizens, that each individual’s reason, will, and other powers should be properly cooperative in pursuit of their proper end. Love of God is what produces harmony within each person and in society. Justice is then only a necessary condition for societal peace, whereas charity – properly conceived – is necessary and sufficient for peace since love of God includes proper observance of justice and love of neighbor; true peace is then only a fruit of the Holy Spirit and grace.

Aquinas’ view of the common good as an ordered harmony has an important consequence. The common good of all is peace, a harmony that is based on free consent, in the reasoned acceptance of the truth. Peacebuilding depends largely upon building shared understanding, grounded in a commitment to objective measures that transcend our individual perspectives. True unity is not built on equivocations – compromise formulas or mere non-aggression pacts or the like – but only on the truth. By way of historical example, Chamberlain’s attempt to ignore German aggression only delayed the inevitable and, perhaps more seriously, failed by omission in duties of justice. And, as we know too well, merely putting matters to a vote does not ensure effective or good governance. In natural society, what is needed is the willingness of all parties to accept reciprocal terms of cooperation where they respect the decisions of others, in light of what is objectively morally-acceptable, and agree to be bound to abide by those same responsibilities. A chief task for representative democracies to be effective requires building the right kind of non-governmental institutions, i.e., ‘civil society,’ that educate and form individuals to be competent citizens who can understand as well as accept their responsibilities.

Since this is the closing of our 800th jubilee year since the death of our Holy Father, as well as the feast of St. Thomas Aquinas, I want to reflect on a claim made by an early 20th century scholar, who claimed “The institutions and the mentality which constitute modern democracy are a heritage from medieval churchmen. …But if democratic government owes its inception to the Councils, it owes much of its perfection to the Friars.”[3] The Dominican Order’s constitution seems to have influenced early democratic governments in Europe. Whereas scholars have hitherto speculated that democratic governance was connected to the rise of our Dominican Order, as in English parliamentary systems, a recent study published in September 2021 seems to provide concrete statistical evidence that this was the case. Jonathan Doucette argued that the Dominican Order functioned in medieval Europe as an engine for regime change, from autocratic to representative city government, among medieval European cities.[4]

The Order provided a working, stable model of representation that could be imitated by local governmental institutions, one in which different political viewpoints were present but where opposition politics were worked out together by competent, university men who were representatives of the local communities of friars. The Dominican Order spread its ideals of governance by forming its men intellectually in the theological tradition, with a solid foundation in the ideas and skills that allowed friars to speak to the secular world, and their friars were engaged in working alongside the elites of society, not merely in isolation among Catholic institutions or private affairs of the Church. Members of the Order taught in universities and secondary schools, and helped perform tasks for the administration of the city, friars functioning essentially as consultants and priories as think tanks for policy.

These friars exemplified what they preached and thereby spread a democratic ideal to civil government. For us, as friars of the Order of Preachers in the Midwest, the proud legacy we inherit can also spur us toward a long, hard look in the mirror as to whether we continue that exemplary tradition of democratic unity. To speak a bit more personally, the difficulty for us, as it has been for the Order at many points in its history, is division where brothers have distinct understandings of what that mission entails and what our religious life should look like – divisions which then undermine critically the mission for which we were founded, the salvation of souls. Friars thus often find themselves disagreeing with each other over matters of poverty, obedience, preaching, study, etc. Here we can take a page from Aquinas’ political philosophy: the analogous willingness to abide by fair terms of cooperation in religious life cannot merely be that we have a willingness to play fair with the other brothers, not to interfere with their personal lives or projects, or just to leave each other alone.

Agreeing to tolerate our differences is part of love, but freedom is not for its own sake and negative freedom can even be dis-valuable when not founded on truth. When it comes to that supernatural peace that comes from the Holy Spirit, peace is built only on the truth of the faith that we have received. Freedom cannot become an excuse to think that we are at liberty to create our own personal observance or doctrine; conversely, apparent ‘peace’ or ‘fraternity’ without unity in the truth, whether unity in the doctrine of the faith or unity in our mission, is false unity. That tranquility in order envisioned by our Rule goes far beyond such imperfect visions of peace: “The main purpose for you having come together is to live harmoniously in your house, intent upon God in oneness of mind and heart…”

Clearly, our task as friars is to be firmly committed to seek together, in intellectual humility and love, agreement in the Truth that brings perfect peace. Building understanding happens first and foremost by contemplative study and prayerful embrace of the truths of our faith, followed by knowledgeable commitment to and willingness to be accountable to each other according to our Rule and Constitutions, having the wisdom to learn from other perspectives while rejecting those which harm the common good of the community (without rejecting the brother who holds them!). The goal we seek is freedom of spirit where nobody forces us to do anything; where our grasp of what we know by study and prayer spontaneously leads to free love of the brothers, love of the Order, its history, Rule, and Constitutions, and love of the Church and her teaching. Love, and the subsequent peace it engenders, clearly cannot be built in our community by top-down imposition of rules or regulations alone, however necessary ordinations and commands might be for unity of action and life. The Rule thus seems to underline an important point made by Thomas that perfect peace cannot come from us, but is only God’s gift, a fruit of the Holy Spirit working in our midst. In remembering St. Thomas, then, we have good reason (as a Province) to take St. Augustine’s concluding prayer in the Rule as our own: “The Lord grant that [we] may observe all these precepts in a spirit of charity as lovers of spiritual beauty, giving forth the good odor of Christ in the holiness of [our] lives: not as slaves living under the law but as men living in freedom under grace.”

[4] Jonathan Doucette, “The Diffusion of Urban Medieval Representation: The Dominican Order as an Engine of Regime Change,” in Perspectives on Politics, Vol. 19, Is. 3 (Sept. 2021): 723-738. DOI: https://doi.org/10.1017/S1537592720002121. Douchette claims, by comparison with other cities, “Dominican cities had a 40%-point chance of transitioning [to democratic government] – more than twice as high.” (He also tested it against the Franciscan Order and found no discernible relationship between that Order and representative government.) 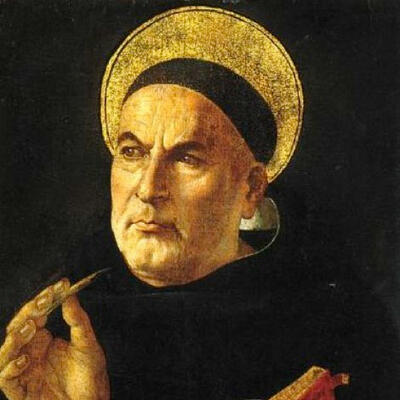