This week's topic comes from the Gospel of John 15:1-8.  Jesus says, “remain in me, as I remain in you. Just as a branch cannot bear fruit on its own unless it remains on the vine, so neither can you unless you remain in me. I am the vine, you are the branches.”

In our time, the pandemic has reminded us that each us are interconnected, like branches a tree. In our own struggles of the pandemic, it has exposed the economic injustice in our own society, as the poor are dying of COVID-19 in far greater numbers than are the wealthy or the middle class, as we enter a second year of the pandemic, we are now witnessing spikes and deaths in places like Brazil and India, while over 50% of adults in the US have had at least one shot of the vaccine. Now, there is heightened debate about who gets to get access to vaccines. 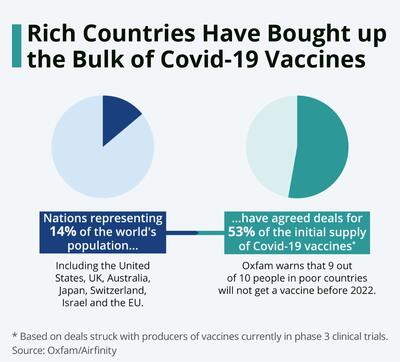 Let us remember that each of us are connected around the world like branches on a tree.  The pandemic has exposed the barriers in our society. Pope Francis wrote:

“As I am writing this letter, the Covid-19 pandemic unexpectedly erupted, exposing our false insecurities. Aside from the different ways that various countries responded to the crisis, their inability to work together became quite evident. For all our hyper-connectivity, we witnessed a fragmentation that made it more difficult to resolve problems that affect us all.” (Fratelli Tutti, #7)

“Anyone who thinks that the only lesson to be learned was the need to improve what we were already doing, or to refine existing systems and regulations, is denying reality.” (Fratelli Tutti, #7)

“If we might keep in mind all those elderly persons who died for lack of respirators, partly as a result of the dismantling, year after year, of health care systems. If only this immense sorrow may not prove useless, but enable us to take a step forward toward a new style of life.” (Fratelli Tutti, # 35)

For generations Catholic writers like St. John Chrystostom wrote eloquently on the need for economic justice, especially with respect to the distribution of wealth to the poor. The following are several links to homilies of his which pertain to the subject. Also provided is a website which condenses the material into a few large quotes from which one may want to draw inspiration for preaching.

Here are some current stories that highlight the injustices that the pandemic amplifies:

The disparity of countries and the distribution of vaccines

"More than 1.08 billion vaccine doses have been administered worldwide, equal to 14 doses for every 100 people. There is already a stark gap between vaccination programs in different countries, with some yet to report a single dose."

The ethical question of who has access to vaccines

"Despite warnings, American and European officials gave up leverage that could have guaranteed access for billions of people. That risks prolonging the pandemic."

Working from home not an option for most black, Latino workers during coronavirus crisis

“A lot of them have either lost their job altogether or risk contracting COVID-19 to put food on the table,” one economist said. “They can’t have both job security and health security at the same time.”

Everyone on exclusive Fisher Island, even the staff, can get tested for coronavirus

An article about how wealth can buffer some from the pandemic. This private island is the wealthiest zip code in the country, and bought tests for everyone on the island and its own contact tracing for those who test positive. While many other struggle to find testing and wait in line, they bought their way to the front.

This article is full of statistics about the relative percentage of coronavirus cases for different demographics in the same area, Chicago. Here are some:

"Of the coronavirus cases where a patient’s race and ethnicity was reported, 31% are white, 29% are black and 30% are Latino, according to the state health department. About a quarter of the state’s nearly 53,000 cases do not list the patient’s race or ethnicity. By way of comparison, whites account for 60% of the state’s population, Latinos make up 17%, and African Americans account for 14%. About 2,400 Illinoisans have died from COVID-19, 40% of whom were white, 35% were black and 14% were Latino."

How to Save Black and Hispanic Lives in a Pandemic

In Chicago, COVID-19 Is Hitting The Black Community Hard

"While black residents make up about 29% of Chicago's population, a whopping 72% of the city's residents who have died from COVID-19 so far are black. And according to the public health commissioner, 52% of those testing positive are black. Health disparities and access to care play a key role. Many essential workers holding down jobs like driving buses, childcare or in grocery stores are black. As the pandemic continues to take a toll on health and economics, there are calls for addressing underlying racial inequities."

US Bishops and Economic Justice