Father Paul James (Jude) Johnson, OP died on May 7, 2020 at St. Mary Home of the Little Sisters of the Poor in Chicago. Paul was 88 years old.

Paul grew up in Minneapolis. He attended Annunciation Primary School and Saint Thomas Military Academy, and then the University of Notre Dame (1950–1952) to study chemical engineering.

Paul entered the novitiate of Saint Albert the Great Province on August 30, 1952 at Saint Peter Martyr Priory in Winona, Minnesota and took the religious name Jude. From 1953 to 1960 he studied Philosophy and Theology at Aquinas Institute. He was solemnly professed on August 31, 1956 and ordained to the priesthood on May 23, 1959.

In 1972, Father Johnson was appointed Personnel Director of the Dominican Province of St. Albert the Great. From late 1976 to 1978 Father Johnson served in campus ministry at St. Cloud State University, and from 1979 to 1988 at the campus ministry at the University of Minnesota in Minneapolis. Following a sabbatical in 1989 Father developed a ministry of retreats, workshops, conferences, and renewals in parishes throughout the United States and Canada, then later, as his health began to fail, shifted to parochial ministry in California and Minnesota.

In 2018, Father’s health began to seriously decline and to impair his mobility. In October he moved to St. Pius V Priory, Chicago, and then to hospice at the St. Mary Home. Father Johnson will be buried in St. Mary’s Cemetery in Minneapolis, MN. In lieu of flowers, please make donations to the Dominican Society for Vocational Support, 1910 S. Ashland Ave, Chicago, IL 60608. 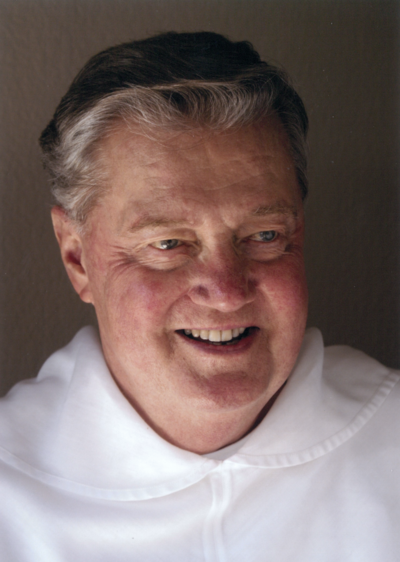